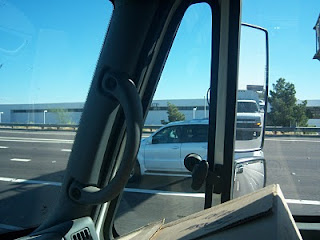 .........for a week. Well, it's nothing to snoot at, money is money. It's going straight into the power reader - tomorrow, lol as I have no inclination of going anywhere today. I have been working around the house this morning - pulling weeds, grass, adjusting things in the ponds, planting the rest of the tomato plants, cleaning up dog crap - stuff like that.

The guy that came over? Didn't want to talk about his situation, I didn't ask, he was staying in a hotel for 2 days and only needs my place for a week or possibly 2 weeks. He had a nice pickup filled with the tools of a lawn maintenance company - his own with his name on the side of the truck. That helped me to figure this guy isn't a looney bins nutcase. He paid his money and left - 3 jobs today to do.

If I could rent the room for at least another week this month, that would help tremendously. So, cross my fingers the guy ends up having to stay 2 weeks.

Also turned the neighbors in again to the City of Phoenix. I should have done it 2 weeks ago. They simply do not maintain their property, the grass and weeds grow rampant, they don't care. It grows into my property and it's a constant battle and I am quite sick of it. I am going to have to go ahead and lay that plastic liner on both sides of the plants that are adjacent to the fence on their side of the house. Pain? Absolutely. Will it totally solve the problem? No, but it will reduce it by 80% at least by simply covering up as much of the ground as I can without smothering the plants. IF I could get permission to simply spray their side with grass and weed killer, that would definitely put an end to this problem - for a while until the stuff starts growing again.

They never acknowledged that I basically saved their dog's life by putting him back in their yard when they left for over a week last month and had no-one stopping by - until 7 days had passed - to keep and eye on them. Yes, I sent them a friendly letter. No, I won't do anything for them ever again, except to repeatedly turn them into the City of Phoenix and report the blight on their property. I'm assuming those people are mooching off the government because neither of the parents work. They have a truckload of kids that they force to stay inside the house all the time, only coming out to go to school or take out the trash. It's a pretty weird situation over there, really.

Pic at top? Woman was in the HOV lane, babbling on the cellphone and attempting to do whatever she was in there because she kept flipping the phone around and looking into a purse or something. Driving was neither the first or second priority in her mind. Without signaling - of course - she started into the lane I was in. I didn't have the camera ready at the time or I would have gotten a doozy of a video of being EXTREMELY cut off by a person who isn't paying a damned bit of attention to what she is doing. Her rear bumper might have been 2 feet from mine, that's how close it was. I immediately started shutting the truck down and yes, I honked and for several seconds. That's her in the pic, she simply cut over 5 lanes of traffic, cutting off other vehicles as well. Another driver had to slam on their brakes to keep from rear-ending this lovely-piece-of-work driver who is, sooner or later, going to be involved in a very serious accident if she keps driving like that.

There isn't any reason to believe that a person who drives like that as normal, modus operandi is going to change until something happens that by default, forces her to change. If you do a close up on that shot, you will see her hand stuck to her head. Sorry lady, there ain't any brains in there to stop from bleeding out......oh wait a second, that's not what she's trying to do, is it? No, she's got a cellphone glued to her ear.

Umm, sometimes these postings of mine? I get distracted and get to doing other things. This one was the same.

Sunday/My Computer Is Not Back!

I ended this posting realizing that today is Mother's Day. Happy Mother's Day to all the moms out there, do something nice for yourself today (like leave the kids home and friggin' go out and have a steak or something, lol.)


All this time I spent working on this computer - and yes I definitely got the entire machine to get things done faster - I end up finding out that it's on Qwest's end of the deal. I did half a dozen speed tests last night and came up with and average around 0.37 Mbps. I just did another one on another tester: 1107 Kpbs. That's about 1 megabyte per second. I'm paying for 7. Faster than dial - but not much. I told the Qwest rep on the phone last night that their company had promised a half dozen times to come out and bury the line - for 2 years now they have promised that.

Yeah, nothing. I didn't get upset or bitchy, in fact, I was laughing. Why not? I have absolutely no intention, whatsoever, of paying full price for the last two weeks that this machine has been running like this. I WILL be getting a discounted price this month.

I have not gone out and checked my plants in the pond yet this morning. Heck, it's only 6:30 am, I got up a bit earlier than normal for a Sunday. AC is running, whatta hoot. See all those dollars pumping through that machine in the hallway in the form of electrical use, I'm thrilled! Actually, I had forgotten the power usage has gone way up since the temps started climbing and also forgot, yesterday, to load the reader with more money. Yup, the power went out on me. One pretty sure-fire way to remember that you forgot? Just let the power go out. You'll be getting some interesting looks from people while you rush up to the store to load more money onto the prepaid card. Lol.

Well, just a short entry here. I have another person coming over to look at the room. He moved here for employment, is staying at a hotel waiting for his apartment to get ready, isn't particularly happy to pay the steep hotel bill. He said he needed a room for a week, maybe two. Great, come on over, the price is definitely right! You can get into an extended stay motel for about $200 per week. You can stay at a cheap place like Motel 6 - I think right now weekdays at the one on the way to work is $37.50, but weekends go up to $54.99. I'm charging $90 per week. I didn't want to ask too much cause' there ain't that much demand for this kind of deal going here. But it's a heck of a lot cheaper than any of that other stuff and it's much nicer to stay in a home - at least I think it is - than a hotel room. I can deal with hotel rooms for a couple of days, but weeks at a time? NOT.

Well it's almost 3 pm and I haven't heard from the manager about a run for tomorrow, so I'm going to assume that it isn't go...