I am simply posting here a link to a site that is keeping folks updated on the Wallow fire, which at present (10:00 pm Arizona time/Mountain time, June 11th) is only 6% contained.
http://www.azcentral.com/
A local, online news agency, it has several daily updates on the fire.
at June 11, 2011 No comments:

Very unusual for me, I woke up this morning with a bad headache. It lasted much of the day and only now - at 9:00 at night - is it subsiding. No clue.

I was speaking with someone earlier about alcohol and drunks - I have had several of them in my house as tenants as well as numerous encounters - which got me to thinking about my alcohol use. I am not a drunkard or even a habitual user. But I have had my moments, lol.

One of them was when the AC broke down on this house of mine. That AC unit was all of 13 months old and the compressor failed on a - Saturday - yes it was Saturday. It was under warranty. I spent the night in my car with the AC on so I could sleep. The next morning, Sunday, the AC guy came out and said he couldn't fix it, it would have to be Monday. It was 114 degrees outside if I recall correctly.

It was miserable in the house, I ended up going to the store, buying a 12 pack of Bud light, putting it in a cooler and sitting outside, all day long. Yes, I did. I also called into work and told them I would not be in, I would have to be home for the AC guy to come and fix the thing. I am not really sure I HAD to be home, but I was not about to have them do a no-show while I am at work, expecting them to fix the thing. I could have gone to a hotel, but, I think money was tight and I had to pay $800 for the service call. Yes, a 13 month old central AC unit that was under warranty still set me back $800. Plus my dogs and just didn't feel right about going to a hotel.

I did not drink the entire 12 pack, btw, but I was not feeling the heat that much, either, lol. I freely admit that I drank enough beer to make the heat feel like a beach in the Carribean, a place I have never been but I am sure that must be what it's like, lol. On Monday, the repairman didn't show up until late morning and yes, I started all over again. When he finally got the unit going again, the house was so hot that it took the entire day of that thing running without stopping to cool it back down.

I also like a good glass of Merlot or other red wine on occasion.

And then there have been the extremely unpalatable projects that I have had to do in yucky conditions that called for a couple of beers. Indeed.

The ravages of alcohol are such that I am not interested in revisiting the days of my teen years of getting extremely drunk, high on pot and smoking or snorting various drugs. You end up losing your life and living in a pretend world that is propped up by the constant high. It is a way to deal with things you are not seemingly able to deal with, yes, but it is definitely not a GOOD way to deal with anything.

Not to mention the expense. Beer and wine are hardly cheap! My biggest "vice" would be cigar smoking, but I don't do that much, either. I have a lot of cigars sitting here right now, too. I gave Mark -one of the trailer tenants - some money to get some cigars at the smoke shop. He has a way with talking the owner into giving him $60 worth of cigars for $20. They are sitting there. I am not compelled. I like them, but - not worth dying over.

It was just interesting to give some thought to what kinds of things that we do to ourselves, usually knowing full well that it is, in some way, self destructive. We do those things anyway. It doesn't have to be alcohol or cigars, either. Eating too much food and not getting enough exercise seems to be the mainstay of American self-destruction these days. Diabetes, for one, is on the rise in people getting it and mostly that is due to obesity, so I have read anyway. We are killing ourselves and you can see it everywhere you go. Men and women walking around with huge guts and extremely large thighs.

I am not dissing anyone that is in such condition, just making the observation. This is a condition that I desire to avoid at all costs. I hiked up into South Mountain twice this week after getting bored at the gym to get a good, solid, cardio workout. It was warm, but it was exhilarating at the same time. My manager at work has a MP3 player that he is going to sell to me if he can ever find it, lol. Listening to the music I want to listen to versus the trash they play at that gym would make working out a much better experience. I am not a big fan of Lady Gaga and retro dance music. In fact, I despise Lady Gaga and I think the music is pure trash, to be honest. Don't mean to ruffle anyone's feathers if you happen to like that stuff, but I find nothing in that form of "music" that is appealing to me, at all.

Ohhh, there was the Christmas party - 4 years ago? It was in the good times when our company was raking in the bucks before the housing bubble. They had the party at a fancy resort up north, very fancy resort. I was drinking some very fine wine that they kept refilling - and refilling - umm, you get the picture. I was having a great time talking with all kinds of people and didn't realize - until I got up to go to the dance floor - how much I had drank. I don't think I have revealed this before, but I started dancing and fell flat on my face.

Another good reason to not drink, making a complete and total fool of yourself. I vowed after that night I would NEVER drink like that again. I spent 2 days recovering from that night. The problem was it was dark, there was loud music, we were all talking our heads off and I simply wasn't paying any attention to the amount of wine I was drinking. These waiters kept coming and refilling and it was high quality wine. The next morning revealed the truth: my lips and teeth were purple.

To change this to a different note, my son has no interest in alcohol or drugs, at all. I have not heard from him since he went up to the mountains, but I found out today that basically, they really clamp down and restrict the use of cellphones, computers or any electronic devices. Only allowed at certain times and that the best way to contact him would be via email. So I emailed him today and hope to hear back. My ex said that he replied to her email and told her he is having the time of his life. Up in the mountains, away from highly populated civilization, and this coming week starting the arrival of the kids. I'm proud of my son, in case you can't tell.

Alcohol? It's amazing. My work? Almost everyone drinks and drinks daily. Our society seems to be built up around the idea that to have fun, there must be booze. Umm, I don't know.

A Few Pics Of Graduation Night 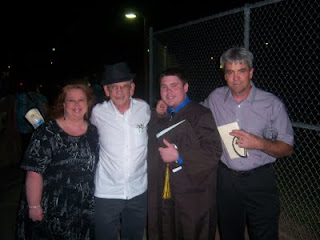 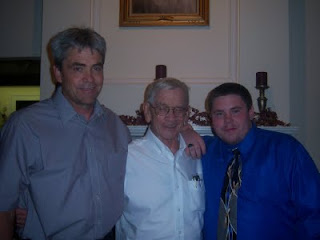 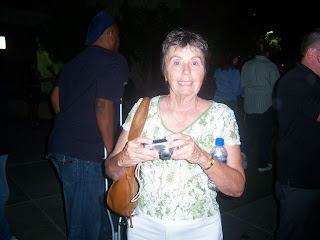 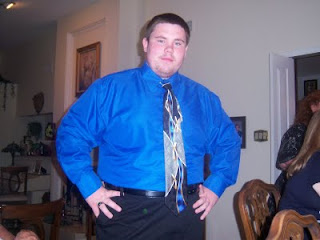 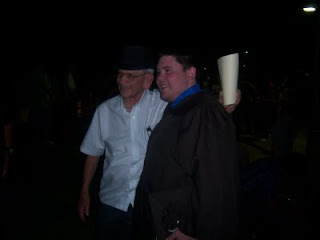 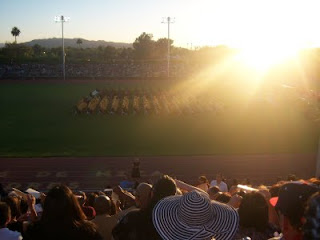 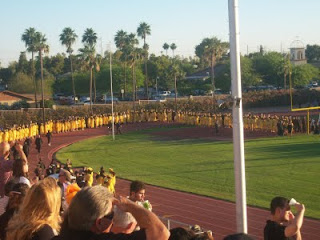 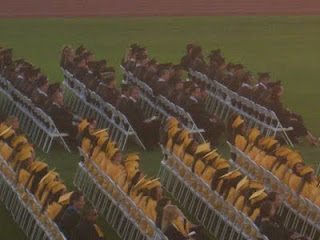