Close to 300 miles round trip.  That was my drive up to Heber and back today.  A little over 5 hours.  I could have done it in 4, but I stopped in Payson for cheap fuel and a salad and stopped again on the way back down to refill the tank with fuel since it's about 18 cents per gallon cheaper up there, plus about a half an hour at the camp.

Funny.  That fuel they have up there? Is shipped from a yard in west Phoenix.  It's farther away, so more mileage for shipping expenses, yet the fuel is cheaper.

We got up there and there was - no-one there.  A bit of a knot formed in my stomach: I had asked Caleb several times to confirm that today was the day to show up.  Apparently he confirmed today was the day to show up but did not confirm what time.  Between 6:00 and 8:00 pm.  6:00 pm is still a bit over 2 hours from now.  Then, after sitting under the awning at a picnic table, some grounds keepers showed up.  I asked them if it was going to be okay to leave him there since no staff was present.  Caleb didn't want to do anything else, he was good with staying.

Well, one of the dudes piped up and said: "Yes, but he will have to go sit out in behind the gate", pointing to the entrance gate 100 feet away.  Well, whatever, that's their decision.  But, this man got a big smile on his face, looked at me and informed me that he remembered Caleb from last year and he was welcomed to sit there until these people show up.  A few minutes later he came back and said: "Or he can come work with us!"

If it were me?  I would have either cruised around with those dudes all day long or - more probable - I would have taken off to the woods and gone hiking.  Regardless, he hadn't eaten, even though I offered to buy him lunch in Payson.  I then insisted he get SOMETHING to eat and I would take him to the Circle K about a mile and a quarter away.  We went, he got a half gallon of water and a very small thing with a piece of jerky and some cheese and crackers in it.  I offered to buy him whatever. Nope, that's all he wanted.

I did not have the emotion this time of leaving him there that I did last year.  He's a man now, 19 years old, lots to learn, yes, but he's an adult.  He can take care of himself.  It's just kind of a phase there where you, the parent, are figuring out whether he's really ready for the world and being dumped off for 2 months up in the mountains and just the idea that he's all grown up now and going off on his own.

I was thrown out of my house at the age of 19 and I can tell you I was definitely not ready for what was to come and survival and life in general was not very pleasant during that time.

I had thought about stopping at mom's property on the way back, but I decided against it.  It would have taken too long and I wanted to come home.  Not anything grand going on here besides normal stuff, but tomorrow is work and I don't much care for being away too terribly long during the work week.   I did not take any dogs with me on today's trip, I didn't want the hassle and frankly, I was glad I didn't. 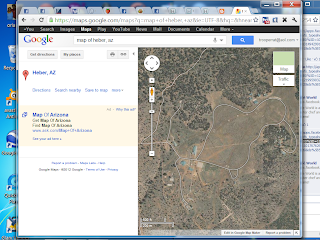 The above is a Google image of the camp.  It's huge.  If you look at it, there are quite a large number of structures on the property.

Well anyway.  My Butterfly Koi.  I was at that pond looking in there.  He came right up to me and starting opening and closing his mouth.  "I'm hungry, feed me".   None of the other fish in any of the ponds is even remotely close to that fearless of me.  I'll assume some of that has to do with a Heron showing up and wanting to eat them for breakfast, but even before that nasty little situation, it was pretty much the same.  That particular Koi will let me touch it.  Yup, a fish allowing a human to touch it without fear.  Amazing.  Absolutely amazing, IMO.

One of my tenants just brought me a Post Office money order and told me that a company in California is paying for him to go to Walmart as a secret shopper.  I was quite skeptical.  They had sent him a money order for $975.  No way.  Don't believe it.  I am guessing a real company would probably issue you a Walmart gift card only usable at Walmart, but I really don't know how the secret shopper financial part plays out.

I flatly asked him if the letter he received with the money order had issued instructions to send money to someone else.  Yup. FLAT OUT SCAM. That's it.  I am 99.999999999% sure that even though that money order looks like a real one?  It will prove to be useless in the end. I gave him my tidbit of advice: Deposit the money order into your account but do NOT spend any of the money until it clears the bank. If it does NOT clear the bank, you ARE going to be held responsible and that bank IS going to take YOUR money of our YOUR account and there won't be a damned thing you can do about it.

I tried, that's all I can say.  If he is intent on going through with it, fine.  I didn't have to learn the lesson the hard way, I read all about this stuff for a long time before playing a guy that contacted me via email. He sent me a real money order that would have passed - at first - at the bank.  You send your money to whoever they say to and then a week, 2 weeks later?  You are screwed, thanks for playing, you lost.

Short trip, got that over with. I no more than got back to the yard and left for home when I got a text from yet the newest version of a di...